You are here: Home » Food and Drink 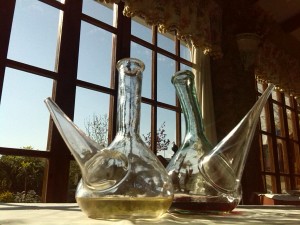 Sitges is literally packed with places to eat. From luxurious restaurants to quick bites the town caters for every taste. The town enjoys quite a wide range of cuisines, from traditional Catalan fare to experimental ‘haute cuisine’ and everything inbetween. Typically the kitchens will not open before 1pm for lunches, and many do not open before 8pm for evening meals (more on that below)

There are a handful of restaurants which will service full meals between these times, however not all the menu may be available.

Spanish / Catalan eating habits do however tend to enjoy quite a long lunchtime, with multiple courses which make for a much more fulfilling than elsewhere, starting (and finishing) later than in Northern Europe or America, and often accompanied with alcohol. Traditionally with the heat of the midday sun, and the emphasis on agriculture Spanish customs developed an extended lunchtime, from 1pm to around 4pm. Out of solidarity, office, factory and shop workers would also respect these times, and so basically the Spanish nation would not expect to get much done during this period.

Although many modern businesses have now converted to more ‘modern’ office hours, nevertheless the siesta does persist, with offices, shops, mechanics and manhy other services unavailable during the hours of 2pm to 5pm. To ensure a harmonious existence here we very heartily suggest you follow their lead.

And it is worth taking your time! Catalonia has a long rich tradition of fine food, and is a well-established international reputation for quality food. Respected as the home of some of the finest modern restaurants in the world, and a leading exponent of the ‘Mediterranean diet’, food is rightfully exalted as one of life’s passions, to be enjoyed slowly and with love and friends – to truly savour and honour the traditions which extend back many centuries.

In Sitges, as across Catalonia and Spain families also eat together – with four or five generations occupying a large table in a restaurant. Yound children will eat late with their parents (and grandparents etc.,) with the entire family later all going ‘for a walk’ afterwards along the ‘paseo’ next to the Sitges beaches.

Catalan cuisine is often described as ‘Mar y Montana’ – Sea and Mountains – encapsulating the variety of flavours provided by it’s varied topography, from the peaks of the Pyrenees to the deep blue of the Mediterranean. This phrase also evokes the Catalan approach to food, and the provocative combinations of food. It is a land of contrasts, geographically and gastronomically, still very much in tune with the seasons and the bounty of the land.

Where to start? Seafood is excellent in Sitges and along the whole coast, and kitchens here typically also produce excellent dishes ‘al horno’ – oven cooked meats and fish. However if you want to try some specifically Sitges food we recommend the following: